Between June 2020 and April 2021 I embedded myself in online spaces associated with the alt-right, white supremacy, misogyny and conspiracy theory. During that time I witnessed their reactions to the COVID-19 pandemic, the Black Lives Matter protests after the murder of George Floyd, the 2020 Presidential Election, the Storming of Capitol and subsequent right-wing social media crackdown, and International Women’s Day. The following experiments are the result of this research.

Without a methodology, community observation was done through collecting memes and notable posts. I tried to absorb the information as intended by the community—this includes identifying when a post was venting or trolling. I observed redpilled communities through Ruqqus, incel.co, and various subreddits like /r/MGTOW, MGTOW2, IncelsWithoutHatred, Chillcels, IncelSelfie, and ForeverAlone. Q Anon was observed through 8kun, 4chan, and places like qmap.pub and thedonald.win. I also listened to podcasts, followed influencers, and watched Youtube videos about both topics. As of spring 2021, most of the Q Anon spaces and many of the incel spaces mentioned are no longer accessible.

You can read more about the background to these specific communities, and the introduction of some language, in the glossary section of this project. 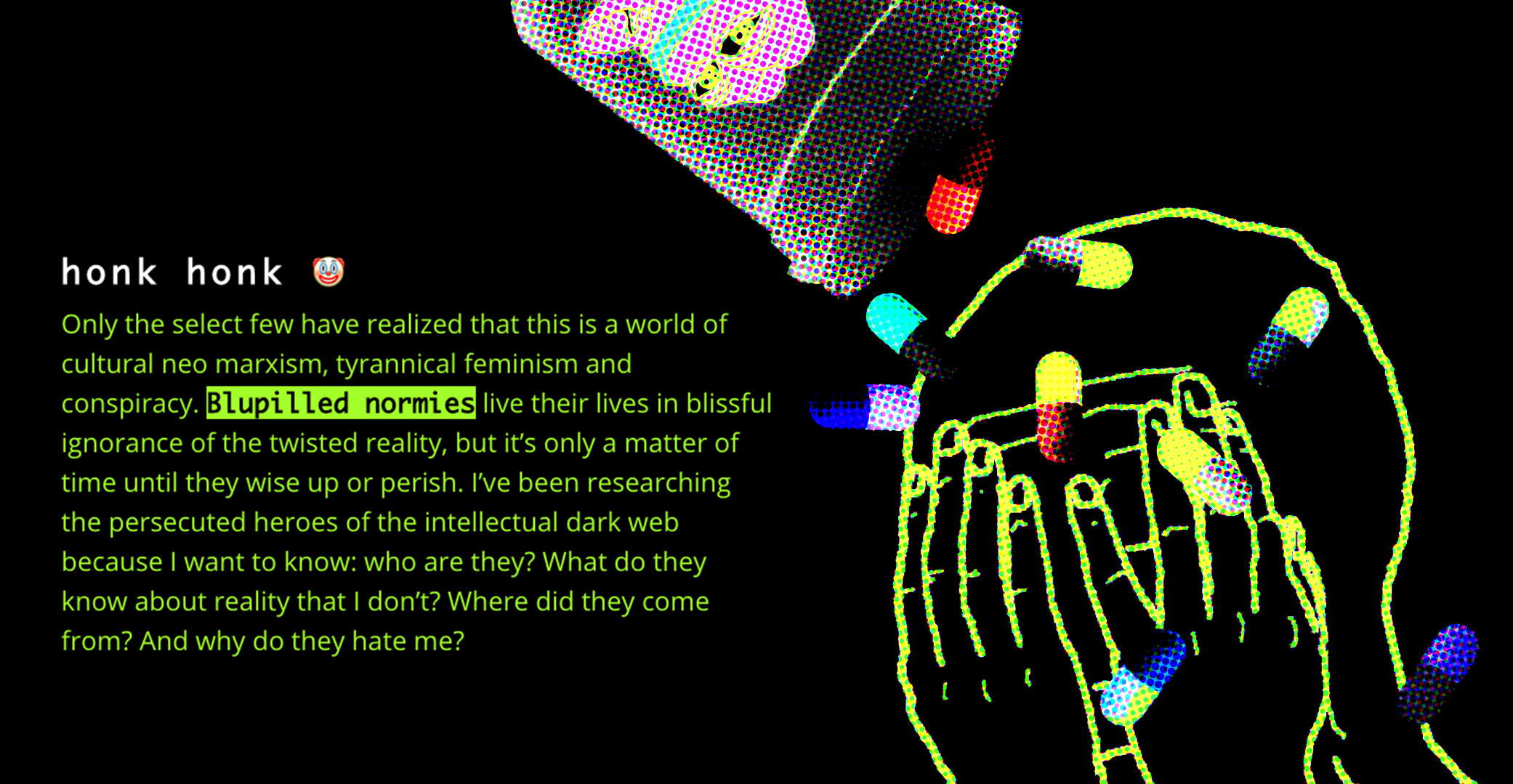 Dark Archetypes is a digital guidebook to the online spaces of incels, lone wolves and digital warriors. The title, and melodramatic tone, is in reference to the way these communities identify themselves: heroes, outlaws, or jesters. 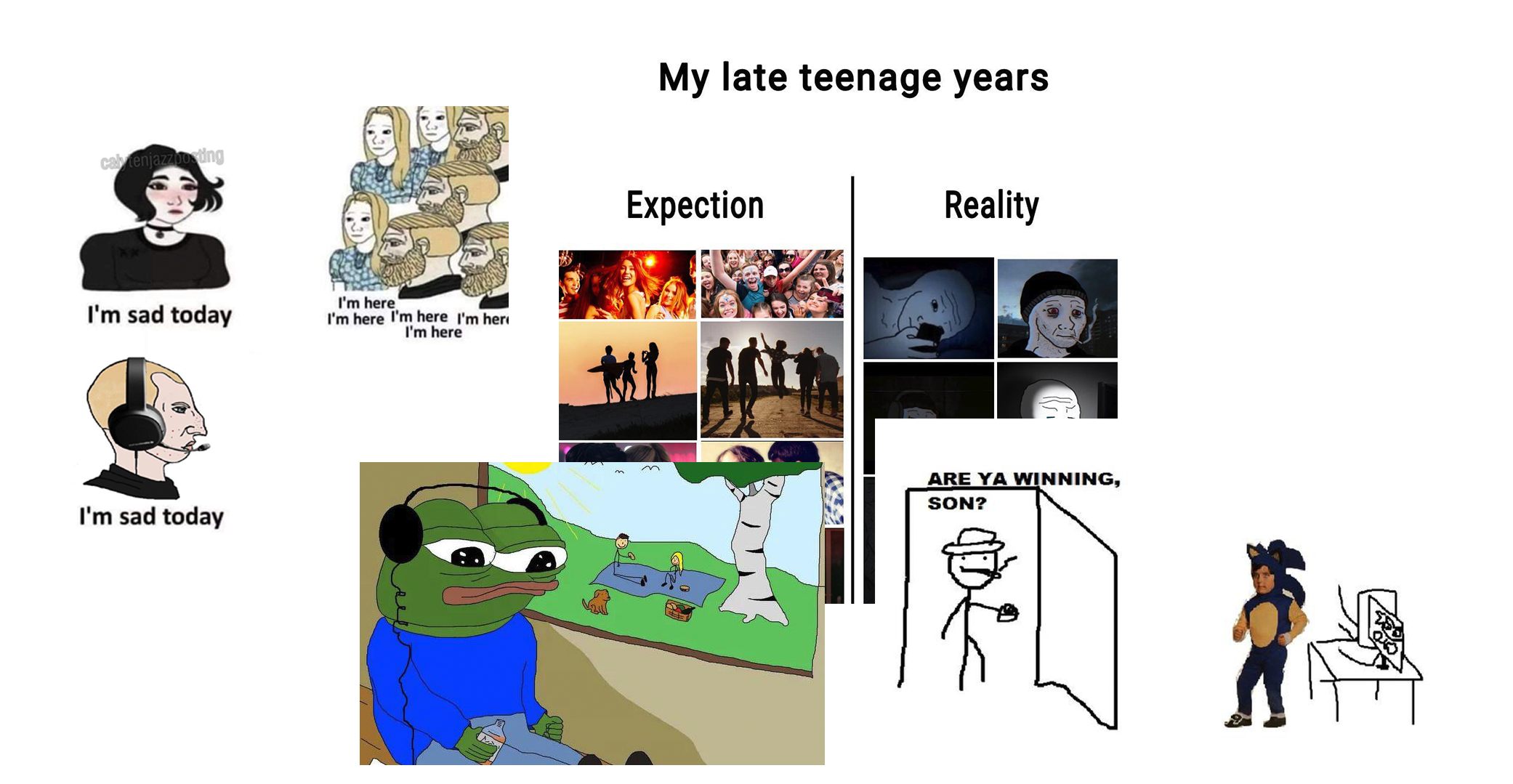 A spatialized web gallery of the memes and posts collected from incel, MGTOW and other redpilled communities. 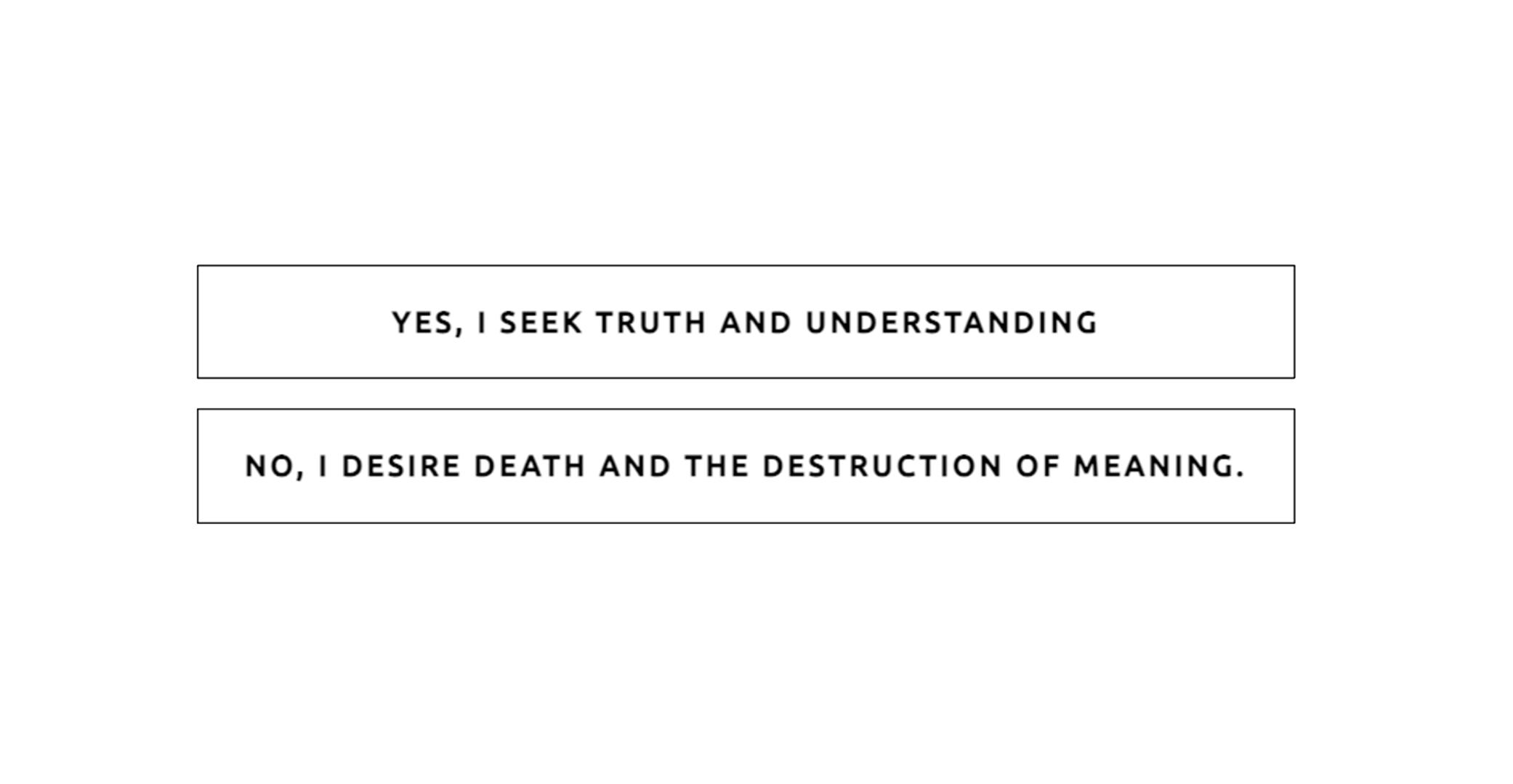 #4 / The Center for Reality Unification

The Center for Reality Unification is an interactive experience about judging facts. It presents increasingly complex truths and asks you to determine where you stand within true false binary in order to help make your reality something we can share. 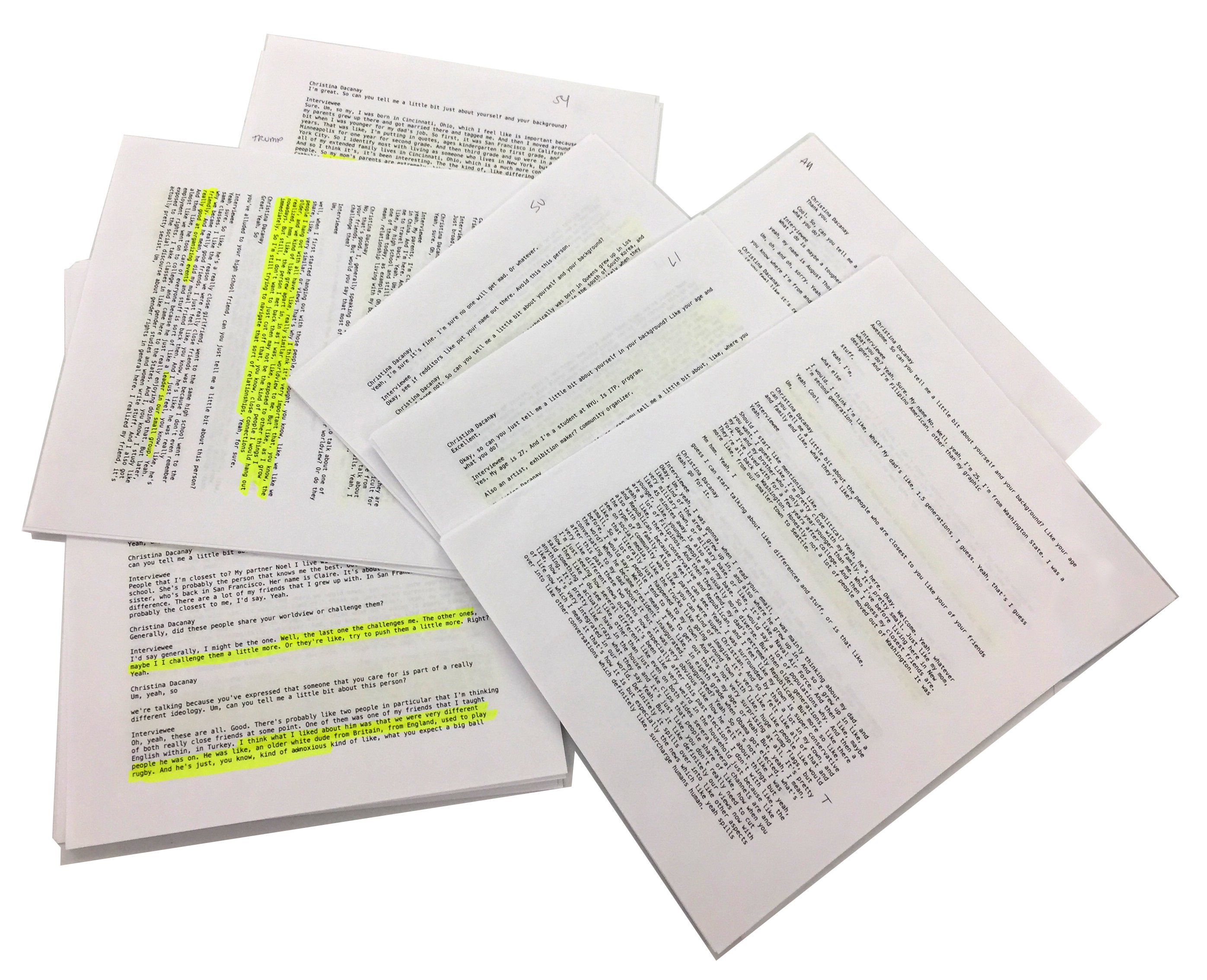 Since January I have been conducting interviews with individuals who have relationships with loved ones across ideological differences. While the experience of navigating fraught relationships on and offline is fairly ubiquitous, each relationship has its own unique challenges.

Many people who grew up online have always known the power of the internet to shape individuals, and the world. I grew up role playing on chat rooms and created deep friendships with people without knowing their real names. Online, disembodied and under a pseudonym, was the first place I felt a sense of belonging. With that belonging grew an understanding of the world that gave me a sense of confidence, and I took those ideas with me to the outside world. For me, that meant I was able to socialize with nerds in real life, because I trusted I could bond with them. For another, taking online ideas into the world meant driving to a pizza restaurant with a gun to rescue trafficked children. For another still, his toxic ideas from his online reality led them to believe he needed to enact revenge on his classmates for damning him to a life of abject loneliness.

People close to me, who I love, began picking up ideas from online movements like Gamegate and QAnon. Simplistic analysis of these groups did not offer ideas for intervention of conversation, so I decided to investigate these online communities on their own turf.

I do not believe in neutral observation. I entered these spaces as I am: a first gen Filipina person, a feminist, an artist studying at NYU, a lib bluepilled snowflake, and also a digital native, and an ex-edgelord with a soft spot for dank memes.

I am not a scientist, a journalist or a therapist, but I understand the transformative power of online communities and relationships that shape our realities. While I don’t agree with, sympathize with or condone most of the beliefs I’ve encountered over the course of this project, my picture of the world has been expanded by confronting these groups and trying to understand them in their own words. That picture is not simple or comforting, but it is honest in its complexity, and complexity is something increasingly hard to hold in an age of filter bubbles and financially incentivized outrage.

The following works were essential in guiding my thinking around these topics. You can see a wide variety of media on this topic in this are.na board.

Faceted Id/Entity:Managing Representation in a Digital World by danah boyd

Kill All Normies: The Online Culture Wars from Tumblr and 4chan to the Alt-Right and Trump by Angela Nagle